Pack and play = travel cot. It’s all the same thing!

Before I had kids I didn’t know a thing called pack and play. Even when I had my babies I (still) didn’t know this word… until recently. After 14 years. Lol.

But when I learned what ‘pack and play’ is, I was like…..” what? I know that one because I used one!”… #embarrassed.

So you see, this is due to cultural differences 😃. Because, at times I forget that just because British, Americans, Australians, or people from other parts of this globe speak ‘English’, it doesn’t mean that they use exactly the same ‘English’ 😊

Anyway, back to our ‘pack and play’. Here, in the UK it’s called travel cot. It’s basically a foldable cot that can be easily transferred, carried, or taken to wherever you want it to be. Right? And it can also be used as a playpen for babies.

When I had my first baby, my husband and I didn’t think that we needed this travel cot. Simply because we didn’t think that it’s necessary as we do have a ‘proper cot’, and we thought we didn’t want to spend money on something that we could live without.

But it turned out that we were wrong. This pack and play had become one of the essential items for our baby. It started when one of my sisters in law gave us this as a present that we had to make use of it. And it carried on when we had our second baby because we found it very useful in our daily baby care.

As time went by, this travel cot had indeed become something we can pack and unpack so that our baby can play😆 . In fact, it was more than a play zone. It was such a blessing for us to have it and I feel grateful for it. And I’ll tell you why. 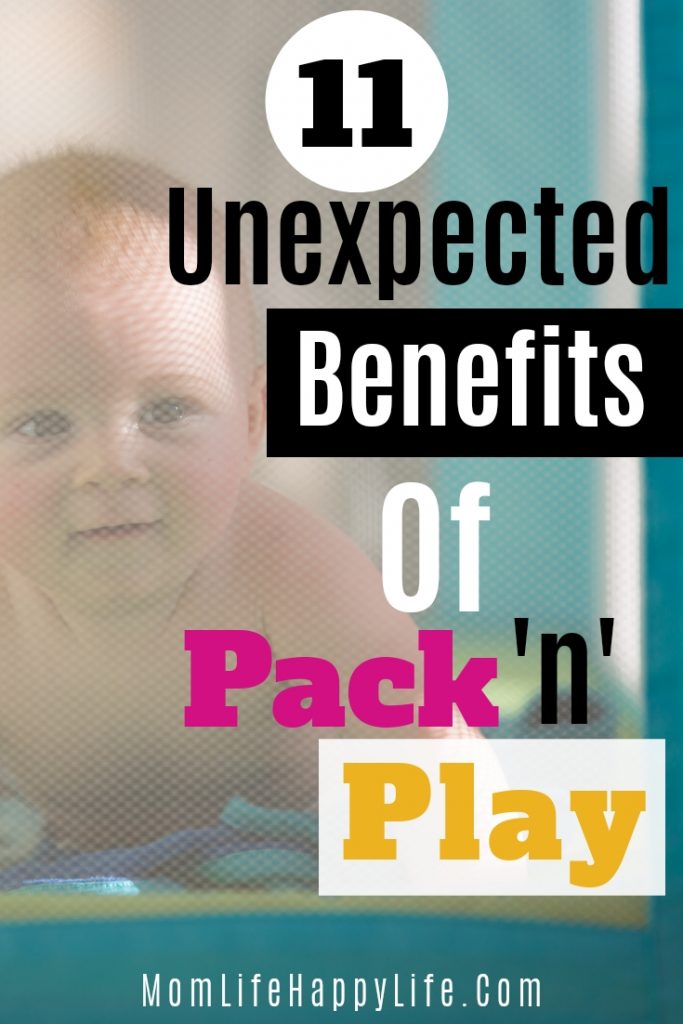 How a pack and play turned out a helpful baby item

Everything happens for a reason. And sometimes we can make the wrong assumption 😄. From being apprehensive about a pack and play, my husband and I became a big fan of this baby item. And we’re so grateful for having one. Here are the 11 benefits that we got from using the pack and play:

1. Safe baby zone for when you need to do a chore

This is probably the main and best benefit that I find in a travel cot. Let’s face it, doing house chores such as cleaning, cooking, vacuum-cleaning, sorting the laundry out, or ironing can be difficult when you have a little baby to look after. Don’t you think?

So I used to put my baby in his travel cot when I had to do any housework. This way, I could carry on doing what I had to do and ‘looking after’ my baby at the same time.

But be aware that I only did it when I was sure I could easily see and hear my baby. There was no way I would leave him totally out of my sight or my hearing. 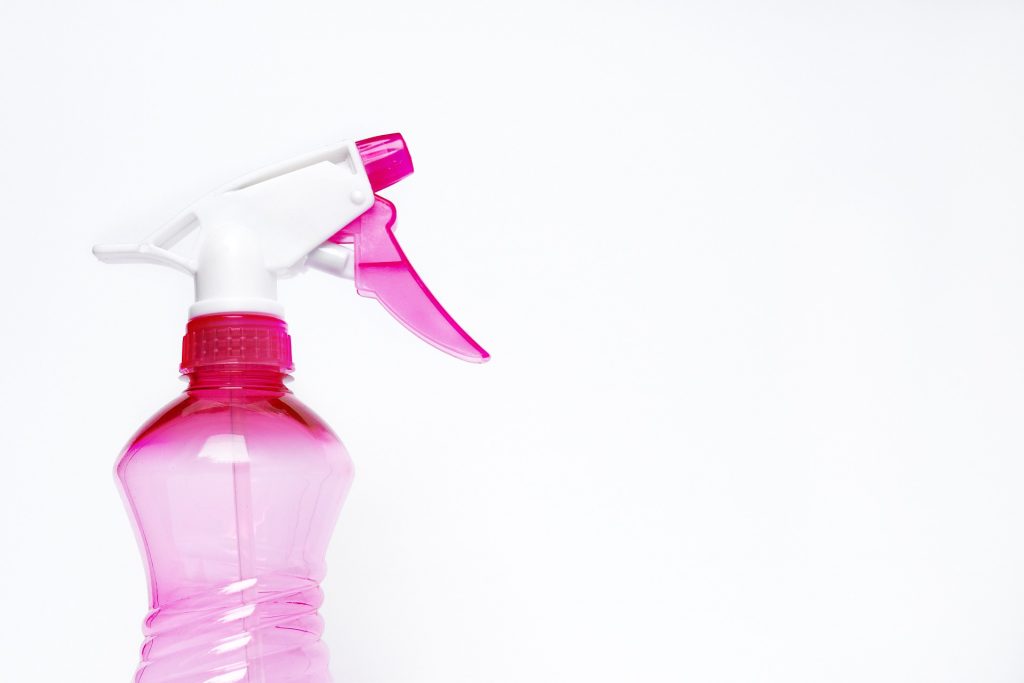 2. Encourage my baby to play independently

I did notice that as my baby grew older and he spent more time in his pack and play, he actually developed an ability to amuse himself. He became independent in playing on his own with his toys.

Although, sometimes I did have to change the toys when he got bored with the ones he initially had.

Bear in mind, I also tried to involve myself with his game and play with him from time to time as I was doing what I had to do. So, it’s not a case of ‘drop your baby off and just disappear’. No-no-no. You wouldn’t want to do that. Besides, your baby is too cute to ignore😘.

3. A rescue at family visits

Even though all my family lives across the sea, my husband has quite a big family spread all over England. So, from time to time we do visit them.

Having the pack and play was a huge help whenever we went to visit my in-laws. Not only it saved the worry about sleeping arrangements at their houses, but it also helped giving space to my baby when he needed to be on his own. Because I did notice that my baby loved his own time and space as well. Especially when many people crowded around him. After a while, he would get fed up and wanted to be left in his cot to play with his toys.

So yeah, we always took our pack and play with us whenever we had to visit family more than 3 hours or for a sleepover. 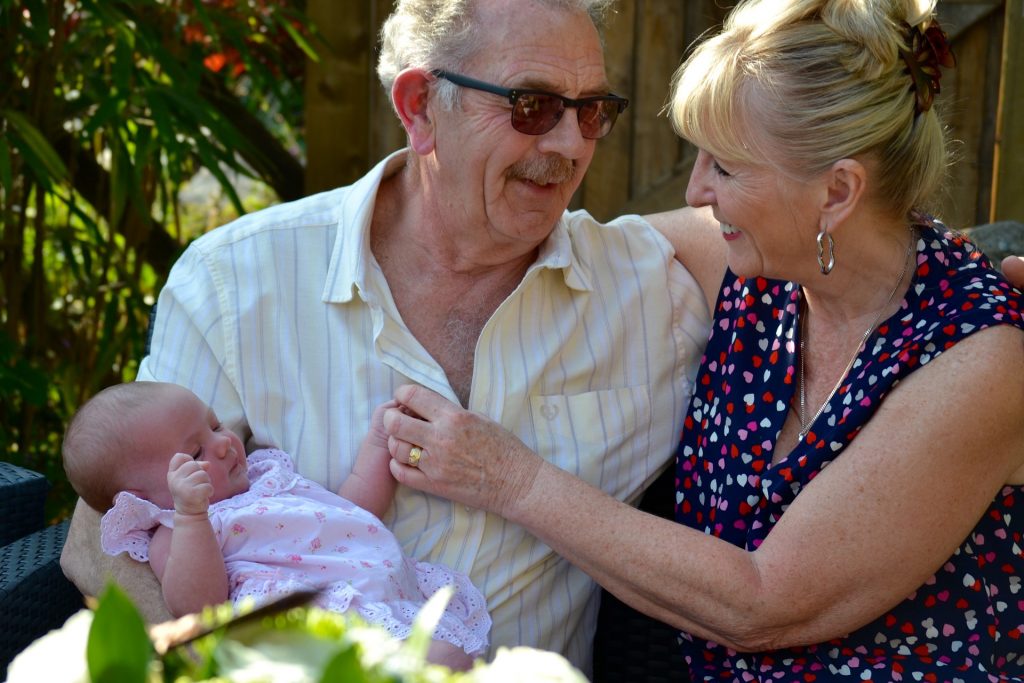 I’d like to think that most moms always look forward to their baby’s nap time like I do 😊. Whether we admit it or not, when our babies are having a nap, we mothers tend to have chances to do more things, right?

Although sometimes I had no trouble to make my baby napping, other times I found it difficult. Particularly when he was in a playing mood or he was simply too active to sleep.

Here, the travel cot became a savior. I would let him play until he got tired then I let him snooze in his den. The added plus was my baby seemed to nap longer when he fell asleep himself in his playpen after a busy playtime.

When we had our first baby, I didn’t work at all. I was a 24/7 full-time mom, and my husband worked on shifts. So, financially it was not easy for us to just go and fly away for a vacation or holiday.

But we did realize that relax family-time was important. So, we used to go for few-day getaways around the country.

To avoid paying extra, we used to take our travel cot with us. Because not all paid accommodation provided baby cot without extra cost. It was bliss to just pack our travel cot and go. 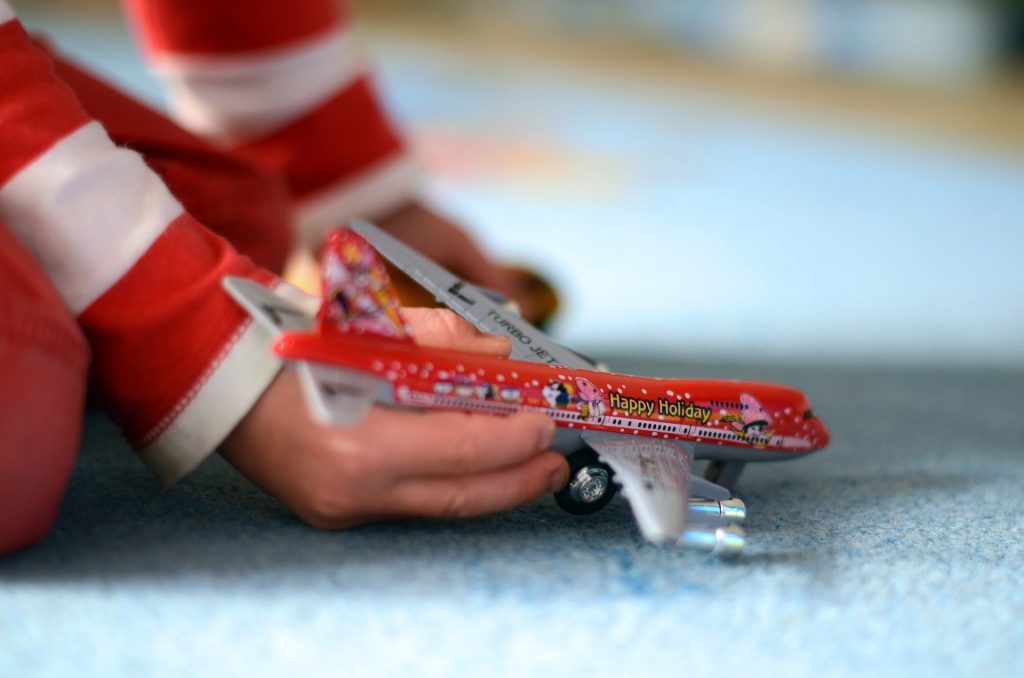 I’d like to think that all mothers would agree with me if I say that having me-time when you have a baby is super hard.

Not only it’s not easy to find time to do it, I personally would feel guilty if I had to leave my baby for a me-time. But then, it’s so important for us moms to look after ourselves and pamper ourselves once in a while.

Even if it means simply to watch Netflix, or put your feet up as you have your cup of coffee with your favorite cake, or do DIY beauty care. Anything really.

So from time to time, I used to have a bit of me-time when my baby was in his pack and play. I did it because he was literally there next to me.

When we had our second baby, the travel cot was more useful than ever.

Since there’s a four-year and four-month gap between my two kids, sometimes it could be tricky to divide my attention between them.

So I would normally let the little one busy playing or napping in his pack and play, while I spent time with the elder one.

But the pen would be nearby anyway, so the little one wouldn’t feel left out as he still could see his and talk to his brother and mom. 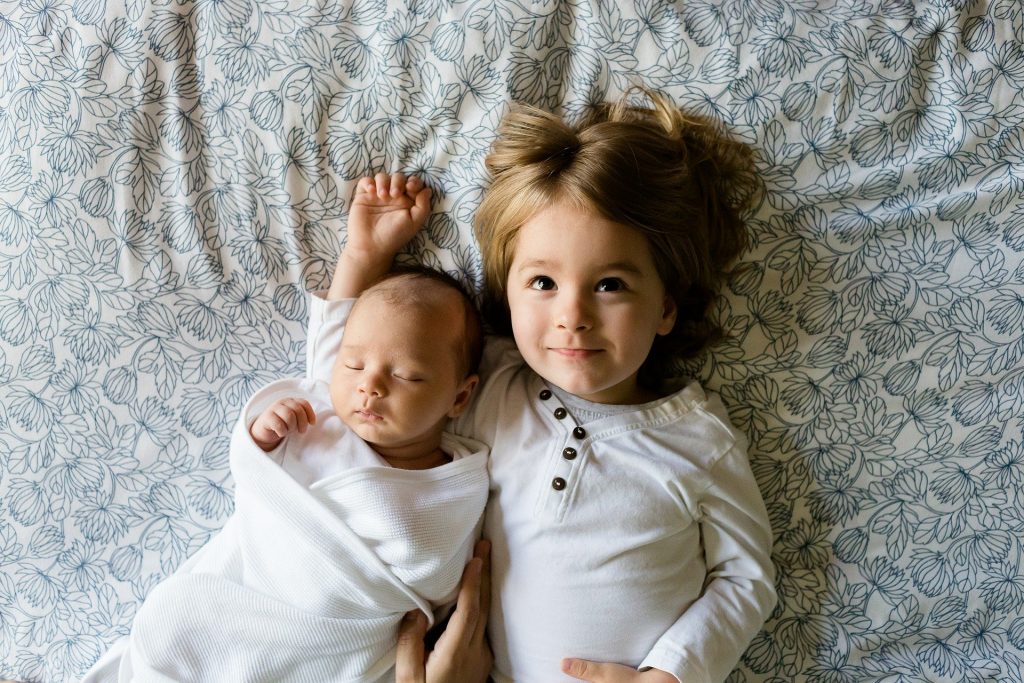 On warm Spring days or hot Summertime, we like doing BBQ and garden party with the extended family. Most of the time we’d do it in our back garden.

So putting the playpen for my baby out in the garden was very helpful.

Because he could ‘join’ the barbecue time without having to be carried all the time. It means I could prepare and serve the barbecue without worry. As the rest of the family would be there to look after the baby, but still gave him space.

Sometimes my kids had tantrums and could be cheeky as well when they were babies. On this occasion, I would use the pack and play as a discipline area.

The amazing thing was, although at the normal time they were okay to be put in the playpen when it was a ‘punishment’ time, they soon realized it that they would cry and refuse.

10. Safe zone to stay when mommy gets busy

I personally find it most difficult when my babies started crawling. Because at that time the baby’s inquisitive becomes stronger and more intense than ever.

I think most crawling babies are unstoppable. They just want to roam around and explore. Not to mention they’re always curious to try and touch new things.

So whenever I had to do something but wanted to make sure my baby in a safe place, I would put him down in his pack and play. It can be when I had a visitor, or needed to answer the door for the postman or delivery guy, or that I had to answer a phone call.

One of the things we love doing as a family is going outdoors and have a picnic. We go to the woods, lakes, beaches, parks, anywhere that have space for a walk and then chilling out.

So when we went with a baby, taking the travel cot was really helpful. Because we can enjoy our day out without having to worry too much about the baby getting bored or about us getting tired of carrying him all the time. 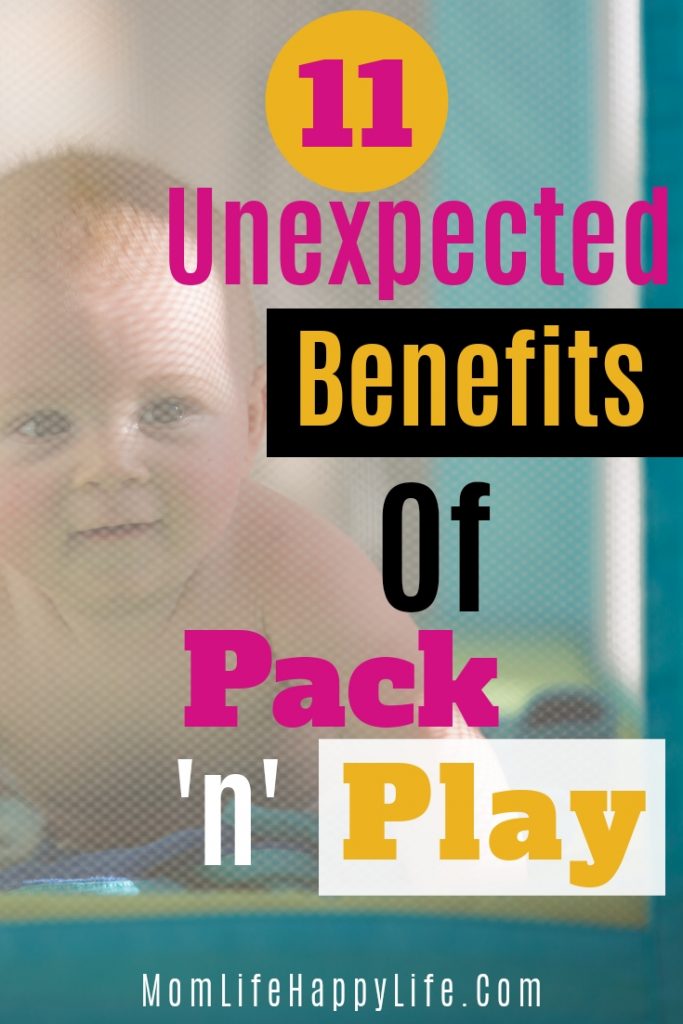 Hi, I’m Devy. I own and write Thousand of Miles Away where I share my 14+ years of experience of being far from my homeland. I love talking about self-growth, being a mom and food. 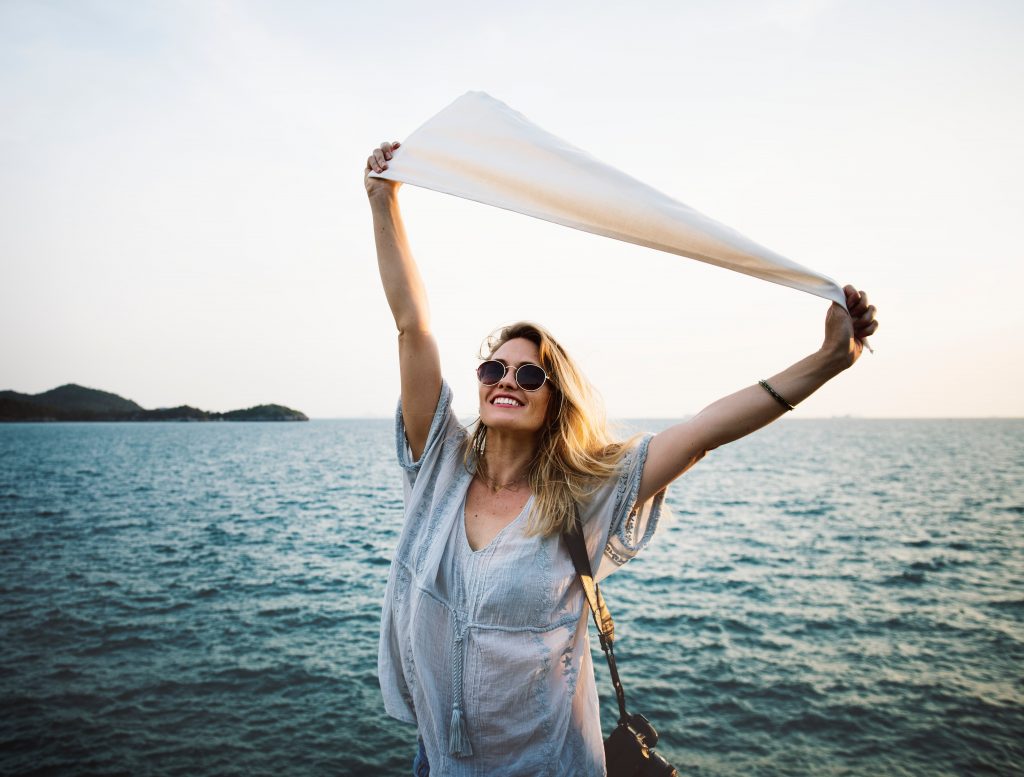 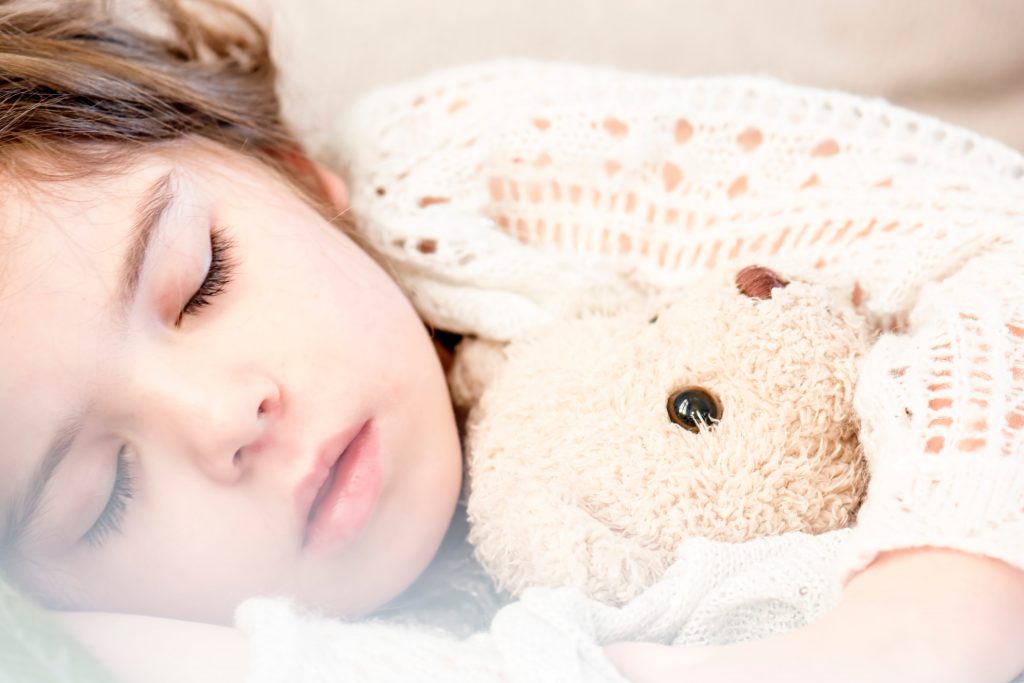