Inside: Instant Pot science delivers healthy food quickly and effortlessly. Discover how pressure cooker thermodynamics are a meal lifesaver for busy households whether you’re part of a large family, a retired couple or busy student.

Instant Pot science is a lifesaver in our home. I thought when we began to downsize our lives would slow down. But that hasn’t happened. We now only have one of our three boys living at home. And as he is done school until August and has crazy work hours, he is often not around.

Despite being almost empty nesters, hubby and I are still crazy busy. We live in the country at least 20 minutes from the nearest city. We both work daily and go to the gym 4X a week. Most of the time I’m just cooking for the two of us. We get home after 6 pm from the gym so I want a meal on those days that I can make fast and preferably in one pot.

Pressure cooker thermodynamics have become my meal lifesaver. Fast and healthy dishes including meat can be ready in under an hour. While writing this post I set my Instant Pot on for 30 minutes to make Irish Beef Stew. Yum!

My Instant Pot is an amazing piece of technology. And as a Canadian I’m proud to say it was invented right here in Ottawa, Ontario Canada, barely three hours from my home.

As the primary cook, I need to know how to run this gadget which does take some patience and practice. But I’m learning quickly. As a science mom, however, I have to understand Instant Pot science.

How Does a Pressure Cooker Work?

An Instant Pot is an electric pressure cooker. The lid has a thick silicon gasket. When the lid is locked into place that gasket creates a tight seal. Water or liquid of some sort is a need for all recipes made in a pressure cooker. The tight seal created by the gasket and tightly fitting lid prevents steam from escaping. If the steam can’t escape, the pressure inside the pot builds up. Of course, it has mechanisms in place to keep it at a constant rate once the desired pressure has been reached. If that was not the case, tightly locked or not, that lid would blow sky-high! The pressure increase due to trapped steam is where Instant Pot science – physics and chemistry comes into play in creating pressure cooked food. As we are using liquid and steam to cook the food, knowing some thermodynamics is necessary to understanding how an Instant Pot truly works.

Science is an important subject, hence my passion in Science Alcove. Physics, if you listen to my husband and middle son, is the holy grail of science.

It certainly comes into play when making food. Convection, conduction and radiation are vital processes in cooking. These three processes are active in the Instant Pot.

All three of these processes are at work in the Instant Pot where conduction and convection would have the greatest impact. However, if that’s all there was to this invention then why is it so popular? Why is the food cooked so quickly in a pressure cooker?

The Pressure Cooker Works on Which Law?

Instant Pot science is based on a very simple principle. If you’ve taken any chemistry, you might remember the Ideal Gas Law and the equation PV=nRT, where P = pressure, V= volume, T = temperature, n= the number of moles and R = is the gas constant. R and n do not change in the Instant Pot so we can ignore them in this case, and since the volume of your metal pot will not really change either, we can ignore this too.

Since the Instant Pot is a closed system, we are left with Guy Lussac’s Law, the equation P ∝ T (pressure is proportional to temperature). Basic algebra tells us that anything you do to one side of the equation, you must also do to the other. Thus, if the pressure increases, the temperature will also increase, and vice versa. 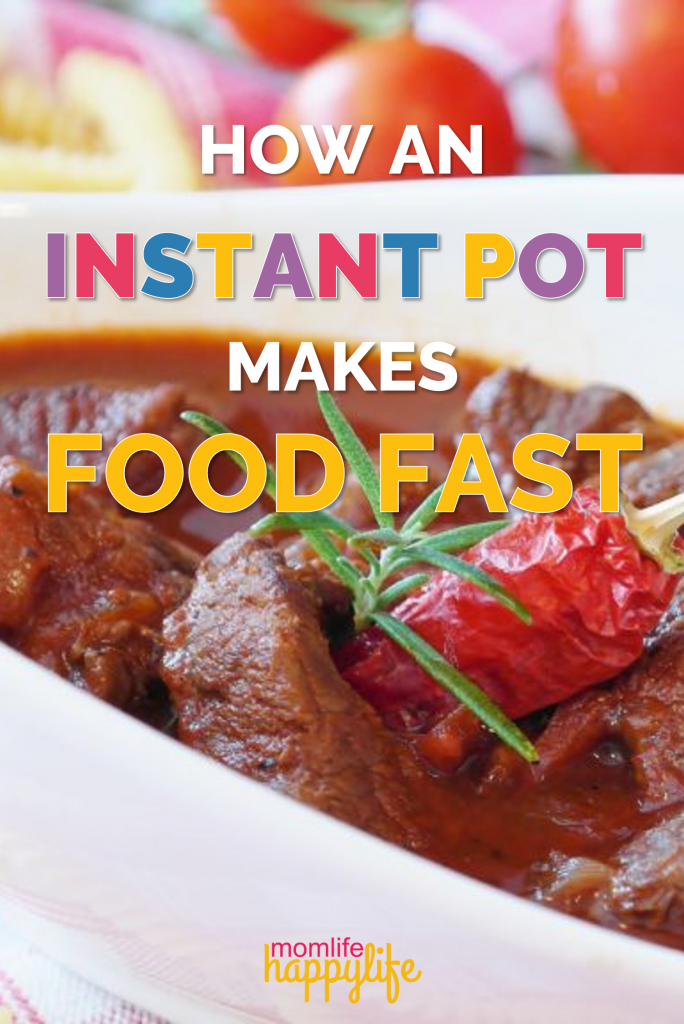 Why is Food Cooked so Quickly in a Pressure Cooker?

Now that we’ve got the basic thermodynamics of pressure cooking down pat, let’s look at how this applies to the Instapot.

From earlier, we learned that the pressure cooker is a closed system. In the case of the Instant Pot, that tight-fitting lid with silicon gasket creates a very tight seal. Convection tells us that the heating element creates a loop of fluid being heated, rising then cooler fluid sinking, getting heated with this process repeating. Eventually, some liquid turns to steam.

But the steam can’t escape. Steam particles move very fast and spread farther apart pushing against the sides of the container. Because they can’t escape, as more steam build up, the pressure inside the pot continues to increase.

When the pressure rises, according to Guy Lussac’s Law, a higher temperature is needed to boil water. This is because of “vapour pressure”. When the pressure is higher, water molecules need more energy to “escape” their strong attraction to each other and turn from liquid to gas triggering the boiling process. How Much Faster is a Pressure Cooker?

Ok, so food is cooked faster at a higher temperature. That makes sense. But my oven is usually set above 300⁰F and yet my Instant Pot still cooks food faster than a conventional oven. There has to be more to it.

And so there is! A conventional oven cooks food using mostly radiant heat which is so much less efficient at cooking than using pressurized steam.

Think of it this way. If you put your hand in a 400⁰F oven you can keep it there for a short while without suffering a burn. But try putting your hand over a boiling pot. The steam is only 212⁰F but your hand will burn immediately. Why?

Air conducts heat poorly which is why high temperatures of 325⁰F or higher are required to cook food in a reasonable amount of time. Water is an extremely good conductor of heat. More heat energy reaches your hand with each second you keep it there. More energy per time equals a faster burn.

Pressure cookers use pressurized steam to cook food. The increased steam pressure is the key to the Instant Pot’s ability to not only cut cooking time drastically, but also to produce very tender foods.

High pressure steam forces liquid into food exposed to the steam. Higher temperatures cook the food inside and out simultaneously speeding the cooking process. This process also tenderizes foods like grains, vegetables and meats faster than by conventional steaming or simmering.

The Instant Pot reduces cook time because of these two processes:

Why is Pressure Cooking Healthy?

Because pressure cookers use very little water compared to conventional steaming, foods retain more of their vitamins, minerals and flavors because there is less water in which these elements can dissolve. Remember that beef stew I said I put on 30 minutes before starting this post? It was my first stab at an Instant Pot beef stew. I must say I have never tasted a stew so delicious in my entire life. In my slow cooker, I always found the beef a bit chewy whether I seared the beef or not. In the Instant Pot, the beef was ‘melt in your mouth’ tender. The flavors of the beef stock and vegetables were outstanding. I will never make beef stew any other way again.

I have also made rice pudding following this recipe from The Kitchen Magpie. I used Arborio rice and left out the raisins. No stirring or watching and the pudding came out perfect. Well…. the first time I made it, I made the mistake of using the quick release method for expelling the steam. Not only did the steam escape but a lot of milk shot out as well. It was a mess.

Live and learn. With high starch foods you need to let the pot cool down on its own, releasing the steam naturally. Despite my error, the rice pudding was still delicious if a little dry. I have made it many times since without incident (using the natural steam release method). 20 minutes to delicious rice pudding – it’s a no brainer.

For my next experiment, I came upon a great Chili recipe from Oh Sweet Basil. I did change it a bit because I only have the mini 3 quart Instant Pot model. Of all the beans listed, I limited my recipe to the kidney beans. As well, I used only one pound of ground beef. My pantry was not stocked with all the spices listed so I used one packet of chili spices I’ve used for my slow cooker recipe.

I love the Sauté feature of these Instant Pots. Onions, garlic and beef can be sautéed in the Instant Pot inner pot.

…. A Big Mistake Not to Make

After adding the beef broth, another thing I’ve learned by trial and error is the need to deglaze the inner pot. Stuck on onion, garlic or beef can cause a burn error. This message appeared the first time I tried making chili.

Deglazing simply means when you add your liquid after sautéing, you need to scrape down the sides of the inner pot to remove stuck on food. Leave the stuck on bits to float in the liquid. It adds to the flavor! After I learned that little trick all was well.

Getting the burn error code the first time making chili was not a big deal. I simply turned off the pot and did a quick steam release. After carefully opening the pot, I scraped down the sides and bottom of the inner pot. I then put it all back together and reset it. 20 minutes for hot and ready delicious chili. What’s not to love?

The ability to make delicious chili, beef stew and rice pudding in the Instant Pot in under 30 minutes was a huge selling feature for me. Trial and error is required in learning to use the Instant Pot but the effort is so worth it in the time saved and delicious recipes created.

Let us know about your Instant Pot cooking adventures in the comments. How have you used Instant Pot science to create healthy meals in snap? 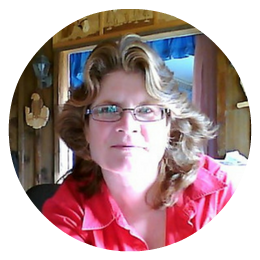 Hi, I’m Teresa Coppens, science geek, book nerd, educator, coffee lovin’ mom with a coconut aversion. I am passionate about sharing easy experiments and interesting science. Grab a cup of your favorite brew, get comfortable at Science Alcove and learn to love your inner science geek! For those of you who home school, teach in a classroom or just love cool activities,download my latest easy experiment worksheet in, How to Make Chemistry Amazing by Making Ice Cream. 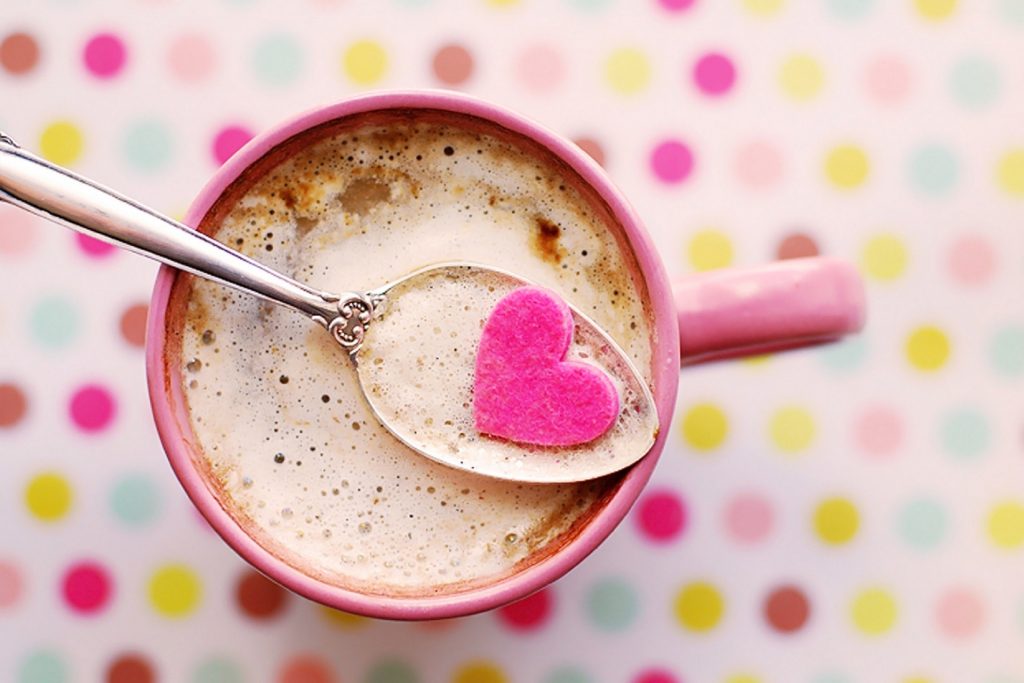 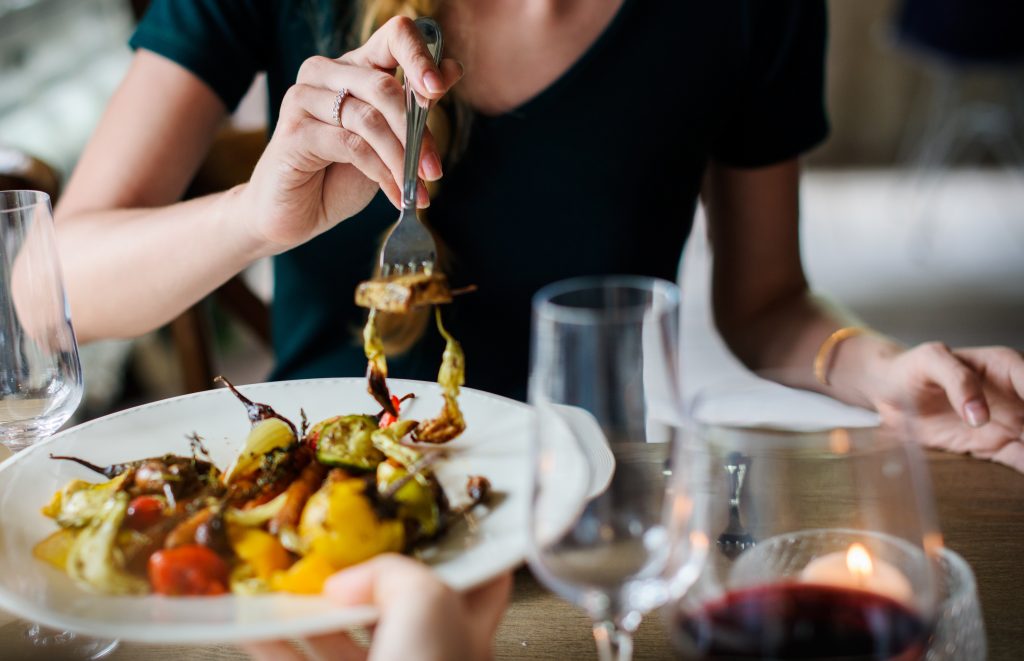